Play time in the snow.

At last some play time!

The sun is out and so is the snow (although quite a lot has melted already with temperatures above freezing to atleast 700 m today). 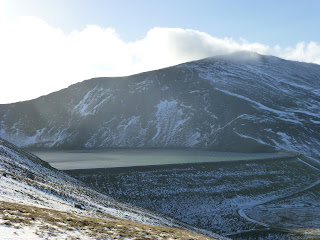 We decided to go out and blow the cobwebs away and they were definitely blown away by the winds which were blasting at 30 mph plus. 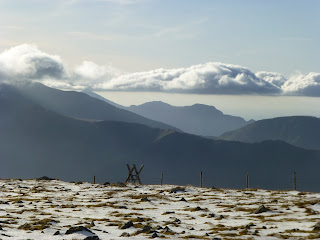 We headed up Carnedd y Filiast and onto Mynydd Perfedd for stunning views. We had intended to carry on to Elidir Fawr but decided with the strength of the winds and gusting, it would be nightmarish on the large boulders so we retraced our steps. 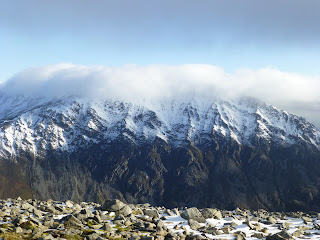 There was significant drifting in places behind the walls and the beginning of cornice build up could be seen in the Carneddau in the distance (hardly surprising with those winds; snow redistribution was bound to happen).

The snow it self varied between being soft where shallow to having a hard break-through crust where deeper.

It was noticeable how much snow had melted lower down the mountain in the two and a half hours from when we set off, however with clear skies and freezing temperatures forecast overnight for the next few evenings, we can expect more icing of the top of the snow and crampons would certainly be advisable if going high. 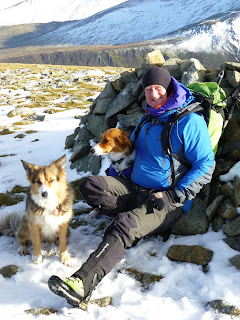 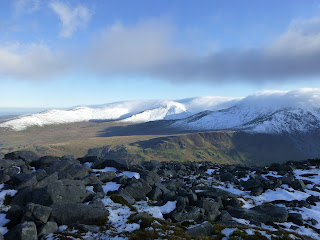 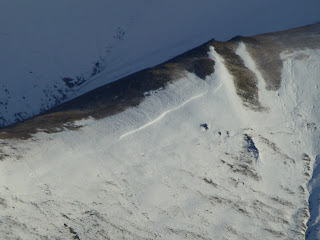 Posted by Snowdonia First Aid at 06:51